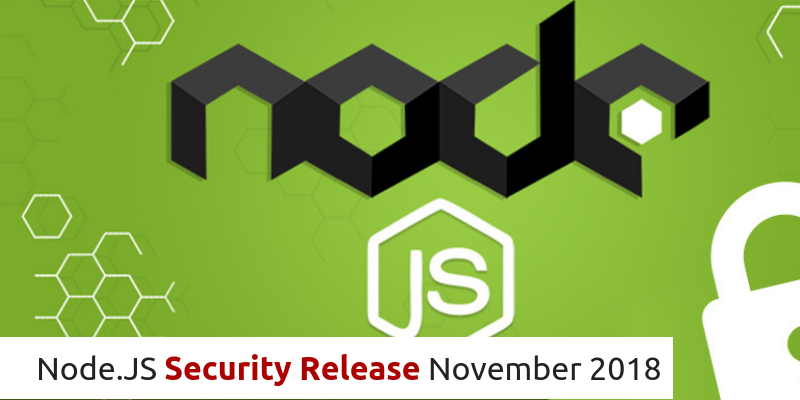 To maintain a good and secured website, developers are using different website development platforms and Node.js is a well maintained and highly reliable platform that is preferred by site owners.

However, the fact is, if you are a Node.js developer and you are deploying Node.js applications to production, then you have to monitor the code actively for any vulnerabilities that may be introduced by third party code and also for performance degradation.

In order to understand the impact that the vulnerabilities have on your application and the urgency to upgrade it, let’s discuss the security issues and the solutions in details.

All the versions of Node.js 6 are vulnerable and the severity is also defined as HIGH. Whenever the Node.js debugger is enabled, by default it is listed to the port 5858. And this allows any remote computer to attach itself to the debug port by default and execute remote JavaScript.

This default interface in now the localhost. In the latest security update, this debugger is removed in version 8 and is replaced with the inspector and so no versions from 8 onwards are vulnerable anymore.

All version of 6 and later are vulnerable, but the impact is LOW. Node.js development company has to be very careful as an attacker can cause a denial of service by sending many requests and keeping the HTTP ad HTTPS connections and other resources engaged for a longer time period.

Now a timeout of 40 seconds has been applied to the servers that receives HTTP headers. Whenever the headers are not received within this period, the socket is destroyed and this helps to protect from denial of service.

Versions from 6 and onwards are vulnerable and the severity is also very HIGH. The denial of service was attained by sending many requests with maximum size HTTP header in combination with the careful completion of these headers.

Due to heap allocation failure, the Node.js HTTP server was forced to abort. But now the total size of the HTTP header received must not exceed 8192 bytes.

Node.js 6 and onwards are vulnerable with a MEDIUM severity.  If un-sanitized user provider Unicode data is used for the path option of an HTTP request, then the data can trigger an unexpected and user defined HTTP request to the same server. This security concern has been fixed and applied to Node.js 10 and later.

The Open SSL ECDSA signature algorithm is vulnerable to a timing side channel attack where the attacker can use different variations in the algorithm in order to recover the private key.