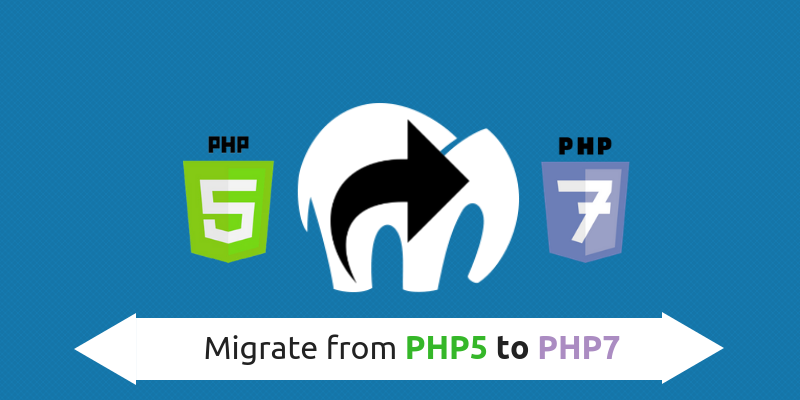 Are you a website owner or a developer? Do you have a PHP enabled CMS website as Drupal, WordPress, Joomla or Magento? Then there is a good news for you. It’s time for PHP migration or upgradation as PHP7 comes with a lot of modern features and capabilities. Though many critics are still raising issues regarding the compatibility of PHP7, the majority of the developers are happy to enjoy the benefits of the upgraded version of PHP.

Before we consider the features of PHP 7 let’s take into note that the current release uses the version PHP7 instead of PHP6, the next new version after PHP5. The development team decided to omit the name PHP6 as it was an experimental project in the past that never reached the production phase.

PHP has been powered by Zend engine since 1999 when it introduced the new PHP4 release. Not to confuse it with the Zend Framework, it is an open source execution engine that is written in C and interprets the PHP language. The PHP5 series uses the Zend Engine II that helps to boost the functionality of the initial engine and helps to add performance enhancements to the language. PHP7 now has a brand new version of the engine that comes under the code name of PHP#NG (Next Generation).

Developers using PHP7 have witnessed a great change in the performance of their websites and applications. They enjoyed more liberty to enable hosts that make the entire script run smoothly. It not only made the performance seamless but also hosts many customers at the same time by using a single hardware.  PHP7 is also running perfectly for Facebook HHVM that operates on Just In Time compliers and compiles the code in the right direction. Due to this, many business owners are considering PHP migration and upgradation for better results.

The Spaceship operator also known as the Combined Comparison Operator looks like (< = >) and is used to compare two expressions. This is the best function that the developers can use to complement their code and make it more understandable. The Spaceship operator returns 0 if both the operands are equal, 1 if the right is greater and 1 if the left is greater. This three-way comparison operator exists in popular languages like Ruby and Perl.

PHP 7 allows the developers to use anonymous classes, which is a well-established practice in other languages like C# and Java.  The anonymous class is without a name and the object that it instantiates has the same function as the object of a named class.

Today, every business owner wants to maintain a good customer retention rate and this is possible only if the owners promise a good value proposition to the mobile users.  PHP7 works great here as it offers features to reduce the memory usage and execution engine improvements.

PHP developers from IDS Logic can help you to make a smooth migration or upgradation of your existing version or software to PHP7 and help you reap the benefits of the latest features.